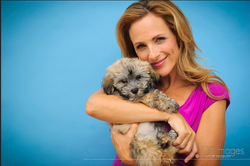 Perhaps one of the most famous Deaf actors to date she is the youngest winner of the Academy Award for Best Actress in a Leading Role and the only Deaf recipient. Involved in many projects she has performed in many films and television series and is currently a regular character on ABC Family's Switched at Birth. She has also worked towards numerous charitable causes and more about Marlee can be found at her personal site linked here.

Anthony emerged on the scene when he was cast as Cole, the Deaf son of a music teacher in Mr. Holland's Opus in 1995. He has worked in numerous film and television productions since and most recently has been a regular both on and off set of ABC Family's Switched at Birth. Anthony is also an American Sign Language instructor and motivational speaker. He can also be found on twitter linked here.

Michelle has appeared in a few different television series and appeared as herself in the documentary See What I Am Saying?. According to the encyclopedia "As one of a very few deaf actors working in the United States, still fewer of whom are African American, Michelle Banks has been a true pioneer. For some years, Banks has created roles for herself as founder and artistic director of Onyx Theater Company, the first deaf theater in the United States oriented toward people of color."

Children everywhere owe thanks to Linda Bove, better known as Linda the Librarian. A regular on Sesame Street, Linda first introduced thousands of kids to sign language in 1973 and continued until 2013 making it the longest running Deaf character in television history. She's appeared in several films and television series most recently in the Showtime series Weeds. She has also been a tireless advocate for Deaf characters to be portrayed by Deaf actors including in this feature by WYNC

Tristan Thunderbolt is a Deaf Native American performer and empowerment speaker. Thus far he has been in a couple film shorts and numerous theatrical productions. More about Tristan Thunderbolt can be found at his personal website linked here.

Best known for her regular role on Beauty and the Beast from 1987-1990. She has also cameoed on a number of television series and performed a great number of one woman shows, one which has been turned into a film. Her website linked here contains not only her acting credits but also her ASL Performance Poetry and her Vlog.

Deanne broke out into the scene starring as Sue Thomas in the three season series Sue Thomas F.B.Eye. She has appeared in numerous other television series and was a regular for awhile on the hit show Heroes as Dr. Emma Coolridge. She has also worked with Deaf West Theatre and the National Theatre of the Deaf. More about Deanne Bray can be found at her personal site linked here. 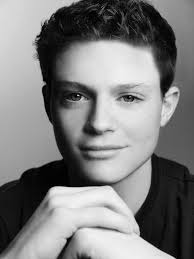 A multi-talented performer Sean Berdy has appeared in film, television and on stage. He received his breakout role in the Sandlot 2 (2005) and has been in front of the camera ever since. Sean not only performs in mainstream films but also ASL films including The Legend of the Mountain Man. Currently he is one of the main characters in ABC Family's Switched at Birth. When he is not acting, Sean can be found touring with his musical group. Find out more about this boy dubbed the "Deaf James Dean" at his personal site linked here.
Other Prominent Deaf, Hard of Hearing and Deafened Actors:

It is clear with a list this long that there are talented Deaf actors out there. A "shortage" of talent cannot possibly be used as an excuse to hide behind. Deaf roles should be played solely by members of the Deaf community and increase the opportunity for more Deaf actors to become a prominent face in the industry.
References: