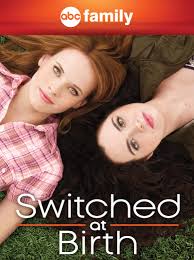 Switched at Birth has been seen as a huge leap forward as far as bringing the Deaf Community into the public eye. Reaching a broader scope of audiences than any of it's predecessors this family drama tackles numerous issues concerning audism and challenges many Deaf stereotypes. With numerous lead characters who are Deaf including Daphne, Emmett, Melody and Travis there is also a great number of supporting and reappearing Deaf characters. Having a large portion of the show set at Carlton High School for the Deaf lends itself to being rather inclusive to young Deaf actors. The series also put out an episode where the majority of it was done solely in American Sign Language. This was credited by National Association of the Deaf as "a phenomenal and groundbreaking first in television history" in their release. There are still many controversies regarding the show and it's depictions of the Deaf community for example regarding the lack of representation of those with Cochlear Implants as discussed in this article at Cochlear Implant Online. However by and large many applaud it for bringing the subject of Deaf Culture into the eyes of the public. 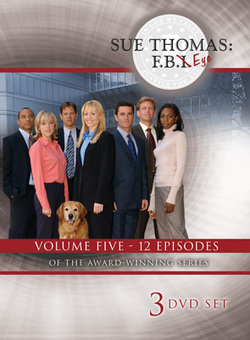 This series is based on Silent Night an autobiographical account by Sue Thomas, the first Deaf person to work as an undercover agent for the F.B.I. Applauded for being a family friendly, feel-good television series despite being set in the Bureau, this series was very much about a Deaf person more than it was meant for Deaf people. The cute anecdotes and references to Deaf culture were designed to fill in the schema of the intended Hearing audience, but generally just scraped the surface keeping the mood light and positive.
(Outside of these two series I've been hard pressed to find a major prime-time television series that not only contains Deaf characters but is specifically about the Deaf characters and the culture. Two television series out of all the hundreds of shows out there? Seems a little light to me...) 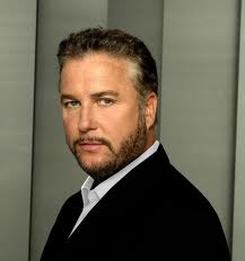 In this series Grissom's mother is Deaf and so Gil is fluent in American Sign Language in order to be able to communicate with her. Then during the series Grissom also suffers the same degenerative illness, otosclerosis, but seeks treatment and stops the progression. One study examines "the construction of hearing loss and deafness in CSI" by Dr. Foss, states "Through Grissom, hearing loss is presented as a lonely experience that can hinder one's work. On the other hand, multiple perspectives of deafness are presented in the first season". This series compared both the pathological and cultural definition of what it means to be Deaf and managed to do so with the series main character, not as a one episode side story. 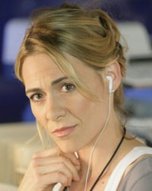 Heroes is a popular sci-fi drama where it's characters have super-human capabilities. In season four they made way for their first Deaf character Dr. Emma Coolridge a Deaf woman who can see sound waves as light. Shown as a proud and capable woman Coolridge joins the group of lovable outcasts who are all part of a new minority. 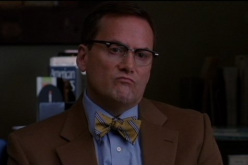 This is perhaps one of the most audistic portrayals in recent history, particularly in his meeting with the regular teachers on the series. With stereotypical jokes with him consistently yelling and misunderstanding what is being said in the conversation. This portrayal shows Deaf as obnoxious and daft. 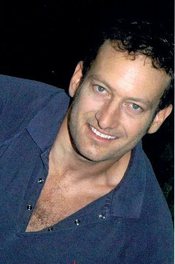 Despite having only one appearance in the series Criminal Minds, when the casting director saw Troy Kotsur in a production of Cyrano they managed to convinced the team to change the character of John Myers and make him Deaf in order to hire Troy. A Deaf serial killer John Myers' trademark is to sew his victims mouth shut.
References: