Deaf Films are exceedingly difficult to locate. This does not mean films that contain a Deaf character but rather stories that are told for Deaf audiences to enjoy. Even Sue Thomas F.B.Eye and Switched at Birth, while they centralize around Deaf characters they are stories told and geared towards the majority Hearing audience. Some films have become a protest in and of themselves, struggling to demonstrate the audism that the Deaf community faces everyday, but not every Deaf person wants to watch stories focused on this. Sometimes a person just wants an entertaining way to spend a couple hours, but these films are in short supply.

Thanks to several Deaf Film Companies the world is not entirely without ASL Films, but to say that a wealth of them existed would be lying. This is a problem that needs to be remedied within the entertainment industry. For anyone searching for films in ASL the best and for the most part only bet is ASLFilms.com Below are a few examples of Deaf films. 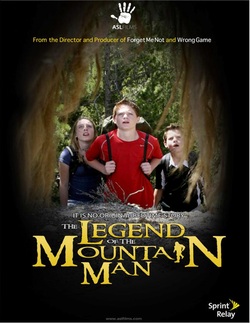 The Legend of the Mountain Man

"This film is a family-friendly story that will be enjoyed by viewers of all ages. The Legend of the Mountain Man, set in picturesque Montana, features a typical, dysfunctional family of five. The father, who has been at odds with his parents for many years, decides to send his three children to his parents’ ranch for the summer. The children unexpectedly encounter a creature, one that has never been seen nor recorded in history books. Viewers accompany the children on a heartwarming journey as they navigate the family’s past and try to reconcile some of the estranged family members." Excerpt from ASLFilms.com 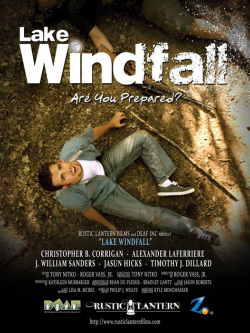 This film is a portrait of interactions between deaf, hard of hearing, and hearing people. The plot focuses on five characters in a post-apocalypic setting. Told with humour and emotion, this film takes and authentic look at three different types of hearing loss experiences. While navigating through this tale of awareness and survival, both hearing and deaf will realize how critical effective communication is to our collective survival" -Tony Nitko & Roger Vass Jr

The official trailer to Lake Windfall below. 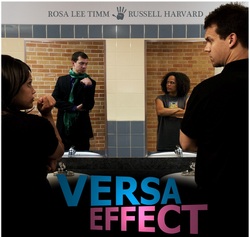 "From their childhood years to working at a Deaf school in Texas, Jackie and Seth have always love to... HATE each other! The fact that they are working closely in the same school did not help matters. For all their bad blood with each other, something bad had happened to them: their bodies have been switched! What follows is a series of laugh-a-minute hijinks as Jackie and Seth struggle to get back to their bodies. Because of that, they have no choice but to work together in order to save themselves. With time running out, Jack and Seth must find a way to get back in their original bodies or else they will be stuck forever! Versa Effect is our first comedy film it is filmed in the vein of Freaky Friday that will be enjoyed by everyone of all ages!" -Excerpt from ASLFilms.com

I'm Not From Hear Trailer, Short Film By Catherine MacKinnon

(2014). Legend of the Mountain Man [Web Photo].
Retrieved from http://aslfilms.com/store/index.php?route=product/product&product_id=52